UPDATE: I was a Runner-Up for Wikimedia!

I participated in Google Code-In for the first time this winter. Looks like other people are starting to blog about so here’s my blog post so I do not look like a weird antisocial hermit. To be honest, I had a lot of fun participating.

In the end, I completed 31 tasks and had done little under 4.5% of all completed Wikimedia tasks. 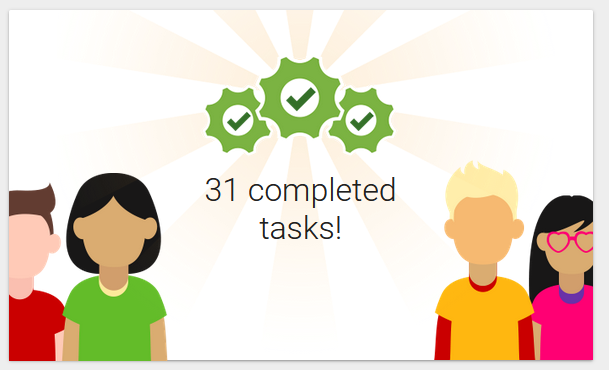 such a taboo talking about task counts

All of the tasks I did were in Wikimedia. I’ve contributed some small patches there before, and I have about 2,000 edits in the English Wikipedia, so I wasn’t a newcomer to the environment.

My first task was “Convert two plain text files in MediaWiki core in /doc to Markdown format (III)”. It was a fairly simple task, but it was my first patch to the MediaWiki core.

When I claimed my second task, “Add a namespace filter”, I a message in IRC from Martin, who I had worked with before (they are a SWAT deployer) asking if I was really this young. Martin also mentored multiple tasks that I completed, so thanks for those.

For the first ~2 weeks, I had completed at least one task every day. Unfortunately then there were some school stuff that required my attention and my streak was cut short. After the streak, I did not do any tasks for about some time due to IRL stuff (school, etc) and lack of motivation. After sometime the new years I returned to work.

I personally feel that there weren’t enough tasks in MW Core or extensions as they are the most interesting projects on (excluding the jsonlint or jshint to eslint converting tasks and extension manifest schema upgrading tasks), most actual coding tasks were on Toolforge tools. I ended working with Python most as it’s really common on Toolforge for some reason.

I want to thank Florian for making the notable expections and mentoring a couple of tasks for Core (Create tests for UploadFromUrl::isAllowedHost) and for the Translate extension (GettextFFS should implement isContentEqual).

GCI was definitely a great experience. The mentors knew what they were doing and I had a ton of fun. I am definitely looking for being a part of it in some form next year. Thanks to everyone who was involved this year!

Other people have also written about this years GCI. Check them out after reading my one.